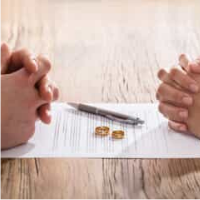 Prenups are not a new concept, but they are becoming more common. These premarital agreements are subject to state law, so keep reading to learn more about prenuptial agreements in New Mexico.

When is a prenup needed?

A prenup is no longer just for rich people or people who might think they will get divorced, as these agreements can serve many purposes. With a proper premarital contract, you can have protection for the future and financial security during the marriage. You can use an agreement to keep money separate or protect a family business.
Perhaps most importantly, with a prenup, you and your spouse have set the rules for a divorce instead of a judge should the marriage break up. This avoids a long, drawn-out and expensive legal battle over assets later.

What do prenups cover?

Your prenup can cover just about anything that would come up during a divorce proceeding in front of a judge. These agreements usually cover one or more of the issues noted below.
•       How the assets are divided during divorce or in the event of death.
•       Each person’s right to property owned as a couple or separately.
•       You and your spouse’s right to transfer, control, lease, buy or sell property while you’re married.
•       How debts and assets are distributed in the event of a separation, divorce or death.
•       The drafting of a will to honor the agreement terms.
•       If alimony will be paid in divorce, and the amount and duration.
•       Entitlement of each spouse to life insurance policy benefits.
•       Other issues you and your spouse want to include in the agreement that are allowed under New Mexico law.
While a prenuptial agreement does outline the responsibilities and rights during your marriage and upon divorce or death, there are still limits. Your prenup can’t require anyone to commit a crime or force a spouse to pay the other spouse’s premarital debts. It also can’t resolve any issues that involve children.

Prenups and child support and custody

Any provisions regarding child support or custody won’t be honored. Child support is for the child, so the parents can’t interfere with this right. Parental income also changes during a marriage, so the amounts decided when the agreement is drafted might not reflect financial reality at the time of a divorce.
Custody agreements must reflect what is in the best interest of the children, and since things may change, what was best at the time of the agreement’s creation may no longer apply at divorce. You and your spouse might be able to reach a custody agreement on your own during a divorce, but any provisions regarding this in a prenup won’t be enforced.

Is a prenup always enforceable?

A prenuptial agreement still has to follow contact principles. It must be in writing and signed by both spouses, and both signers must be at least 18 and mentally competent at the time of signing. If the marriage is declared void, the prenuptial agreement will be voided as well.
This agreement also isn’t enforceable if one spouse is able to prove it was very unfair or if he or she didn’t have a complete picture of the other spouse’s liabilities and assets when it was signed. Your prenup doesn’t need to divide assets completely evenly, but it can’t leave one spouse unable to support himself or herself.
Prenups can be complicated, so it’s best to seek the advice of an attorney before you draft or sign one or if you think your existing one needs to be challenged. Having experienced legal help on your side can help protect your financial future should the unexpected happen.